Much of interior design is about creating a great impression. The first glance into a room even if just a humble bathroom, should evoke a ‘wow’ from the viewer. That impression need not be overly expressive or grand to be impressive, in fact less is very often more in design and lighting plays a huge part in that.

The lighting in a well lit room will weave together the elements of colour, texture, pattern and three dimensional forms from the architecture – whilst playing a functional role too. So good lighting will balance theatricality and practicality from an assortment of techniques and devices that all have to be integrated perfectly into a room. Who thought lighting was easy?!

Let’s walk you behind the scenes of some example projects with April Hamilton and reveal some lighting design secrets that we could possibly use in a future project of yours.

Try counting the number of types of lighting in this room above to begin to understand how each one plays its part. Table lights, decorative pendant, downlighters – so far so good but what about the illumination around the perimeter of the ceiling, how is that done? Modern lighting design is way more than just about buying ‘lights’ and putting them in the right places but about integrating the lighting into the room itself too.

The ‘coffered’ ceiling is an interior design technique to hide a source of light around the edges of a raised ceiling. It elevates the feel of the floor to ceiling height and adds the essential ingredient of reflected light into the room.

Here this technical drawing takes a slice through the side of the ceiling, revealing just how this is done. Thanks to LED as a miniature source of light, hiding the lighting is now so much easier and long lines of uninterrupted illumination can be achieved with some care. There needs to be a constant channel of light held to a strict line so the reflected light remains the same all the way round. We mount a tight row of LED chips embedded within a flexible tape into straight lengths of an aluminium extrusion with a frosted diffuser; it keeps the illumination constant and diffuses the light into a beautiful glow. Badly installed coffer lighting will see dark spots between joins of LED, shadows of unfettered wiring or wavy reflected light from a wandering line of LED. Careful planning and implementation is imperative.

We’ll avoid the geeky technicalities but we must mention that the power to these channels of light has to be calculated and the suitable number of power supplies chosen to divide up the total run and be hidden remotely but accessible for maintenance. The seamless simplicity of coffer lighting hides the complexity of the planning and installation to get it right.

So this lighting design technique of reflecting light off of surfaces can be used to push walls away too. Seen here in this walk in shower there are 2 lines of LED light tucked up out of sight and directed back towards the wall. Rather than the coffered ceiling being the highest part being pushed away, it’s the raised part around the edge that creates a shadow gap of light. This linear source of light escapes from the confines of the gap as being brightest at the top pushing the wall away from the crisp edge of the ceiling and washing the wall below with a useful, subtle and actually flattering reflected light that gently illuminates the user of the bathroom.

Try and imagine what this shower would look like with a row of downlighters instead of the reflected light off of the floor and walls that we can see from the floor wash lights and edge lit ceiling. It would lose the restful, calming spa like mood that suits this wonderful shower room so well.

Did you know that white light has a definable colour? The white light we see is a blending of the light colours of red, green and blue and depending on which recipe is used we get different whites. This means we get to choose lighting that has some of the important colours of white that we know will suit the use and style of a room. This is particularly important when reflected light is the major source of illumination, as the chosen white light will pick up some of the colour from the surface its being bounced off of, allowing us to compensate or accentuate depending on the scheme. As always with lighting, there is much to consider!

Reflected light works incredibly well in this dark coloured Cinema Room too, utilising the whitest parts on the wall to virtually illuminate the whole space. Rather than throw light down from the ceiling, we are bouncing it efficiently off the pictures themselves and back into the room. Look how the cushions and fabric of the chairs look like they are lit from above when there are no lights in the ceiling at all – this can only be done when a high percentage of the light from a white surface is reflected in.

This is achieved from fixed downlights of 3000K offset approximately 300mm from the wall, so the cone shape of the beam of light almost immediately hits the top of the wall, covering the tops of the pictures. The spacings between downlights are calculated to cross over and banish the darks to the very edges of the walls. It is like the very wall itself is the light source, creating a glare free viewing position for the movie goers.

Seen here, joinery lighting built into cabinetry or table lights in alcoves, all build up pockets of light that contribute to the layering up of lighting. Hardly any direct light, even the lamp shades are hiding their lamps to gently spread a wash of light.

Even the humble step between the two levels of floor often used in a Cinema Room, is a wonderful, reflected light source that is evenly lit by a similar technique to the ceiling edge lighting. Surrounded by the light soaking darks of the carpet, this step illumination is a stark contrast to the wall where the light is restricted from leaving the line of the step. This important safety light which highlights the change of level in the darkened room for a film, is transformed into a dramatic lighting source when done well.

The modern lighting choices we now enjoy have however brought with them their technical challenges. There are simply just more elements to get right.

Getting the Technicalities Right

A desire of one of April Hamilton’s recent clients and a common temptation is to combine different types of lighting on the same circuit choice as it is cheaper and often just making more sense – until you try and dim it. Even a circuit using all LED sources still must be considered carefully, as LED can be run using a constant voltage and a constant current – both requiring their own dimming protocol. Even the same constant current LED choices of a downlighter and a smaller floor washing marker light on the same circuit should both dim acceptably but the problem is at very different rates.

The point of dimming a downlight is to reduce most of the output, maybe down to 10-20% – by which time the marker lights may have already turned off. The smaller LED lights will dim to a point and then sometimes just switch off – like dropping off the edge. The most successful projects rationalise the choices on offer to create wonderful scenes of lighting to suit all occasions, even if it means that a lighting choice is omitted rather than include it to only regret it later.

So being behind the scenes of such wonderfully lit rooms is, if we are honest, never easy no matter how long we’ve been doing this, but I hope you can see that it’s well worth the effort!

Andrew Orange, the owner of Orange Lighting qualified and worked as an interior designer in 1993 before specialising in lighting working on high profile projects based in London. Since starting Orange Lighting Ltd in 2003 he has been sharing his knowledge and unique teaching style mostly to his designer clients, offering practical real life advice born from running a busy consultancy and lighting supply business. Launching in 2020, his blog has evolved into Quick & Easy Lighting, curating some 25 years design experience into making the lighting choice and design process achievable and easy to understand for all. 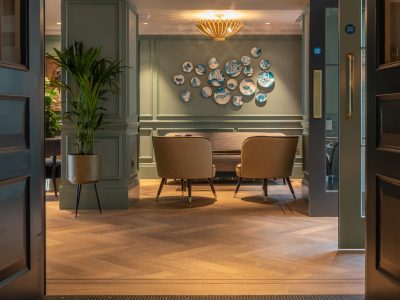 A touch of luxury and glamour from the Visual Comfort lighting UK collection at 100 Queen’s Gate Hotel London, Curio Collection by Hilton. A useful case study. 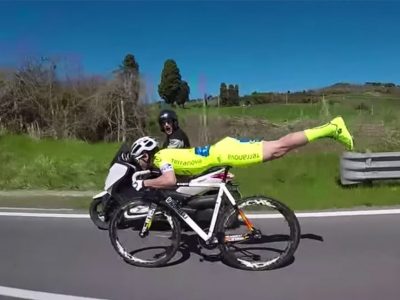 Lighting design demands creativity, sensitivity to three dimensional space and a great knowledge of product. Join us to invest in your own lighting skills 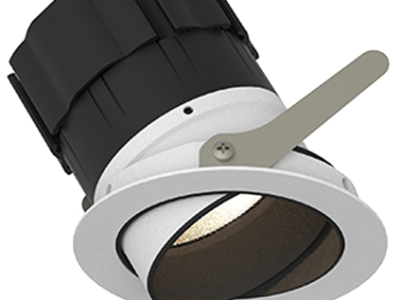 Understand How a LED Downlighter Works

Downlighting is a fundamental lighting technique to master, so understanding how a downlight works is essential. An LED downlight’s component parts explained.

Lighting Design Shortcut: Our Key Questions to Get Ahead.

Grab a head start to your lighting design with our shortcut to the key questions we ask all clients when starting a new project. Learn from our experience. 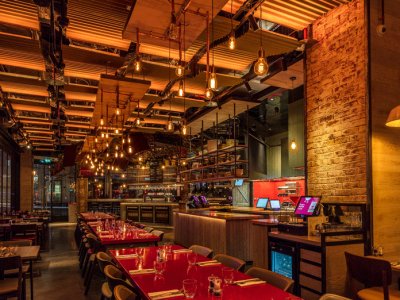 How to Design a Lighting Scheme Without a Flat Ceiling

Following our guide to designing the lighting for interiors that are visually complicated, reveals that the intricacy of the build creates more opportunities.